Within My Reach - MP3 Album 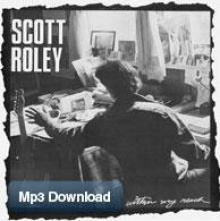 Ray Nenow began Refuge Records as Spirit Records folded. The distribution of Refuge came initially through the Benson Company. Bob Mackenzie was a good friend and he continued to do A&R with the Refuge Records artists. Within My Reach was my first true solo adventure. I produced the sessions with Bill Deaton as my engineer.

Many marvelous players joined us in the recording. Gordon Kennedy, Greg Jennings and Dan Huff played lead guitar, Phil Madeira was on keyboards and piano, and David Huff, John Hammond and Mark Hammond played the drums. James Isaac Elliot played mandolin and also did the photography and cover art.

The music was recorded in Nashville just off music row at Stage III Studios. (Part of the Sound Stage Studio network) The mix was completed at Sound Stage and mastered at Masterfonics. (The only place to master a record) The single was the title track "Within My Reach", which got some national airplay. The record sold a little over ten thousand copies of the vinyl release along with cassette tapes.