Take It To The People - MP3 Album 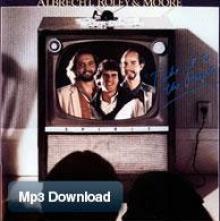 After Starlighter’s success the trio quickly began writing for a follow up album. In the coming year, Spirit Records left Sparrow Records to develop its own distribution organization. The California based company expanded its stable of artists and began to find its niche. Take It To The People was recorded in North Hollywood over a six week period in the summer of 1979.

AR&M had added drummer Dallas Taylor to the band and were touring extensively. Long time friend, Al Perkins, agreed to produce the sessions, which were engineered by Jack Joseph Puig. Dallas and Al played on the recording and again there were several wonderful local session players backing up the trio.

Greg Nelson continued at the helm of Spirit Records and the company became successful. AR&M had high hopes and all looked good until the company began to come under legal investigation. As it would turn out, within six months Greg Nelson had resigned, leaving the company just in time.

The person who followed him as president was also an original investor in the company who had been mishandling the finances. It would take two years to sort everything out, but the final news was the company folded and Take It To The People would be AR&M’s last recording. There were fifteen thousand copies of Take It To The People pressed and sold along with cassettes and eight-tracks.

Note: Take It To The People was the last recording of the group to be released in the eight-track format. None of AR&M’s music was ever manufactured in CD.