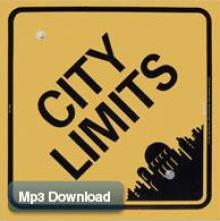 The impending demise of Spirit Records was still unknown in the fall of 1980. Greg Nelson had relocated to Nashville and started his remarkable production and songwriting career. AR&M had disbanded earlier that year and Scott Roley began touring again, this time as a solo.

He formed City Limits as a band that could support him on bigger dates, travel easily and be inter-changeable. The group included such players as John Lawry on keyboards, Joe English on drums, Phil Elliot on bass and Bob Hartman on guitar. The photography and cover art for the jacket was done in house.

The only release under the name City Limits came just as Spirit Records was collapsing. The sessions were produced by John Rosasco and engineered by Scott Hendricks at the Glaser Brothers Studios in Nashville. John Goin and long time friend George Cuchini played guitars on tracks that reflected a tastefully tight pop rock sound. A complete departure from Scott’s acoustic style.

All through the fall the album was selling at one thousand copies a week with lots of solid airplay and publicity. In its thirtieth week the bad news hit that Spirit Records would be closing and literally within twenty-four hours the sales numbers went from the best they had ever been to zero because the phones at the Spirit Records’ sales offices were turned off. So goes the recording business.

The song "Sacrificing Love" broke the top five on the Contemporary Christian Charts and remained a strong airplay song for several months. It was the highest any of my songs got on any chart and the album was more popular than any record I released. For the first time the single was pressed on a small disc, like a forty-five, but actually cut at thirty-three and a third rpms. It was to make it easier for radio play. That option didn’t last long as digital formats were beginning to take over.

It would be four years before I recorded again. I really wasn’t sure if I could continue to make records and tour. I continued to pursue recording options, but was not interested in giving away production authority and my publishing. I finally decided to stay with my Management Company and go where they would take me.

It was during this time away from recording that I met Tom Douglas. He was new in town and had been shopping his catalogue of fine songs. We began a songwriting relationship that lasted fifteen years. Some of my best songs were written with Tom. He became a true hit writer in the Country music arena with many number one hits like "Little Rock". My next recording featured two Tom Douglas collaborations, "Crash The Prom" and "Pleasure Planet".